It’s 2:39AM on Jan. 23. I honestly should be asleep, but ever since I got back from my California trip I haven’t been able to get on a  decent sleep schedule. So here I am. Now, I am aware that the title says weekend and it’s technically Tuesday, but go with me here.

My intention for this weekend was to do absolutely nothing (at least that is what I had told myself a week before it even arrived) but I said I would start doing more and so I did. A lovely friend of mine is going through a rough patch in her life and I decided we had to make use of our time and go out this weekend. This would help her get her mind on something else, and we all have a good time.

Charlotte is currently on its restaurant week (Jan. 19-28) and Fahrenheit in uptown sounded like a great idea. It has a cool vibe, on a top floor overlooking the Queen City, good food, and it’s open late. We made reservations for 3 at 10:30pm and we were set. Now, I think its also appropriate to mention that for the past 2-3 weeks I decided to start a lifestyle change and reduce my intake of fatty and junk food. This weekend was no different. At least that is what I’m going with. I actually had the 3 course meal which consisted of fried calamari, pork chop, and chocolate rum cake. No worries,  I had a water with it. That counts right? The fried calamari was great as it always is. I had never had the pork chop there but I can attest to its greatness. It is a tough meat to cut through because it’s such a good chunk of a portion, but the taste was truly phenomenal. If you go, I definitely recommend. Now, the last course options were between the cheesecake or the rum cake. I usually get cheesecake if it’s an option but I wanted to try something new so I got the rum cake. I didn’t like it. It was a bit dry and too sweet for my personal taste, but it might just be that I’m not into overtly sweet sweets. The price was expected for the place, and after a few good laughs and hours of juicy gossip we parted ways.

We then went dancing. A part of me told me that I should of tried a new place, but I just wanted to dance to some reggaeton so we went to Tequila House and met up with more friends. If you are ever in uptown  Charlotte and you want to dance some reggaeton or some bachata, Tequila House has the music. What I would recommend doing before going though, is pregaming. Every single time I go there, I have horrible experience with their drinks. Usually clubs barely put alcohol in their drinks, but not here. I had only one drink because the second drink I ordered was literally a shot in one sip. Two hours later we climbed into a friends car and headed home.

That was the moment that I realized that I will strive to do something worth writing about every weekend. Weekend1 down, a lifetime of them to go.

One thought on “Weekend1. Fahrenheit and Tequila House” 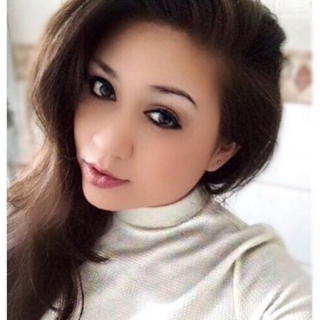 Just a woman trying to share the everyday experiences she encounters